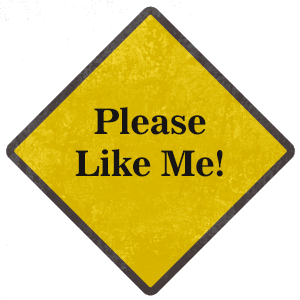 C’mon, admit it. Don’t we all wonder sometimes about how well we’re liked and if people really listen to what we say? In real life, we may never know the answer. But in fiction, when it comes to creating characters, popularity is measurable and important. Writers must make readers care about their protagonist right from the opening scene.  If we fail to do that, we risk losing readers before we’ve had a chance to win them over. The trouble is, a protagonist is more likely to be “unlikable” at the beginning of a novel when she’s only just figuring things out. Character transformation is a gradual process; it takes time to mature and change. That means she needs to make mistakes before achieving success. Be a coward before becoming courageous or cruel before learning to be kind.

Unlikeable is, of course, a subjective term and also a matter of degree. But what does the word really mean? A trait that turns off one person may be something another admires. Don’t we all have friends who don’t like some of our other friends? Admirable attributes can tip toward the negative when taken to extremes: conscientious may turn into obsessive, confident into arrogant or worse. We also dislike people who embody qualities we hate or fear in ourselves. So, characters who reflect the weaknesses we’re ashamed of can be particularly off-putting to readers. Finally, many of us feel contempt for other humans simply because they’re different from ourselves. Look at all the people on our planet who are at war with each other just because their skin color, religion, diet, etc., is different. We tend to abhor what we don’t understand. And yet, this leaves writers with a unique opportunity to use unlikable characters to open readers’ hearts and minds. Many authors have done a brilliant job of showing us how to love unlovable people. A few of my favorites are featured below: 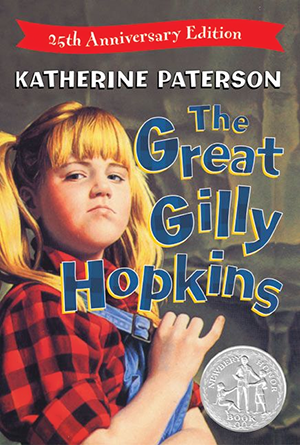 In middle grade novels, check out Gilly in Katherine Paterson’s The Great Gilly Hopkins; Jackie in Lindsey Stoddard’s Just Like Jackie; and Julian in Palacio’s Wonder.  Julian’s chapter wasn’t written until after the first novel in the series was published. Up until that point, Julian was just another loathsome bully who didn’t seem to have any redeeming traits. When Palacio got into his character’s head, however, I was stunned and moved by what she taught me. 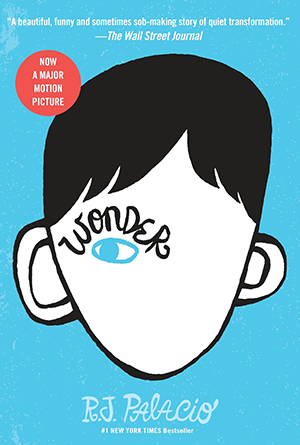 In YA, there’s Andi Alpers in Jennifer Donnelly’s Revolution, who’s popping pills and acting out because she’s weighed down by a guilty secret; Summer Barnes, alcoholic and suicidal, in Ann Jacobus’ Romancing the Dark in the City of Light;  Devon Davenport, accused of her baby’s attempted murder, in Amy Efaw’s After; and Keir Sarafian, charged with date rape, in Chris Lynch’s Inexcusable. And yet these characters, despite self-destructive tendencies and reprehensible deeds, all inspire empathy.

But first, a caveat. Although stereotypical gender roles are changing, I feel it’s still harder to write unlikable females in literature than it is to write unlikable males. Another writer and I were talking about this as we brainstormed how to portray her novel’s strong-willed, do-gooder female protagonist. I felt the character came across as too off-putting and combative, but the author wasn’t so sure. “Difficult female characters often get a [more] virulent response than those who are male,” my friend pointed out. “Women who live outside the boundaries and act impulsively scare us more than men do, because everyone expects men to be flawed like this, while we still hold out that women [should be] dependable and not erratic, kind and not cranky.”

If we want to create real, complex, multi-dimensional characters who get under our skin and evoke strong emotions, we can’t minimize a protagonist’s unattractiveness or whitewash her inner demons. Fortunately, there are ways to portray characters truthfully AND help readers see the good in the bad. Writers just need to keep these three basic strategies in mind:

First, soften a protagonist’s harsh words and bad behavior by flipping from exterior actions and events to interior thoughts and memories. Allow your character to say and do anything horrid thing she wants, but immediately afterwards jump inside her head and show us her vulnerability by contrasting her angry words and actions with the hurt, fearful, insecure person she is inside. Tell us what she really thinks. This helps us see why the character behaved this way and, most importantly, who she really is.

Second, use backstory and personal history to shed light on your unlikable character. Maybe her parents are divorcing, a sibling has cancer or a cousin is a sadistic bully. After’s protagonist, Devon, endures poverty and neglect. Although Devon’s smart and a soccer superstar, the brick wall she eventually runs into is the deep psychological damage caused by the actions of her single, sleazy mom who brings men home late and night and the absent father she’s never known. Author Amy Efaw uses this to explain how her character could commit a horrific crime. In another instance, when a writer friend added an anecdote to her novel that showed a nasty character rescuing a puppy when he was young, it helped me see that he wasn’t always a jerk. When she made the boy’s father even more of a monster than the son, I understood how the character’s ugly attitude had been shaped. Backstory gives us a reason, even if it’s not an excuse.

Third, examine your protagonist’s relationships. If she’s the youngest child in a family of epic overachievers, maybe this character is insecure, feels less than, or doesn’t believe she can ever measure up. Figuring out how family dynamics and relationships factor in to your character’s behavior is a terrific tool for deepening understanding. In Romancing the Dark, the father that Summer Barnes loved is dead, and her unloving, too-busy-for-her-daughter mother ships her off to various boarding schools, all of which Summer gets expelled from. This lack of love, stability, and parent role models causes her character to become depressed and self-destructive. She drinks too much, thinks about killing herself, and keeps everyone—even the people she cares about—at arm’s length.

Some characters, of course, can’t be redeemed. Like Darth Vader, they choose the dark side, but if we can see them waver and get a glimpse of their vulnerability, it’s an exercise in compassion and tolerance.

Palacio summed it up best when she said, “Be kind, because everyone you meet is fighting a hard battle.” I believe our job as writers is to show that battle—especially when we’re depicting a jerk. And creating a story where readers can have empathy for people who are difficult or just different from ourselves, might just be one of the greatest gifts we can give.

This post originally appeared in VCFA’s Through the Toll Booth blog. You can read other alumni articles by visiting the archived blog.
PrevPreviousFind Your Pea Vision: Write from the Antagonist’s Point of View
NextFinding InspirationNext
Return to Blog Archive